Mariner is One of Three Saint John Companies that Employ 1,000 People 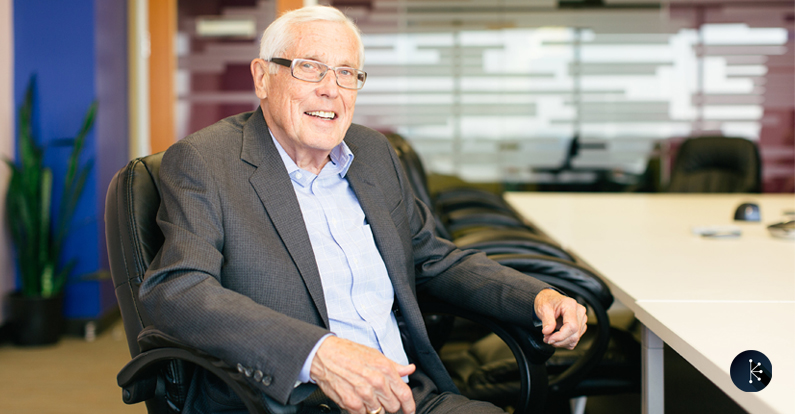 You need look no further than the city centre of Saint John to grasp the contrast between the traditional, high-profile industries and companies that have dominated the province’s economy for decades and the lower-profile IT companies that are nonetheless an increasingly important part of the province’s present and future economy.

At the top of King Street in Saint John, Irving Oil is constructing an 11-storey office tower that will house around 1,000 of its Saint John employees. It’s a high-profile signature project for an industrial family with a name synonymous with the city itself and to a great extent the entire province.

Just down the street sits the Brunswick Square Office Tower (or the NBTel building as it’s still called by many Saint Johners from that bygone era). One morning last fall, I was on the 18th floor of that building having a conversation with Gerry Pond, the former CEO of NBTel and co-founder of Mariner Partners, which sells quality assurance software for video and counts large global cable television companies as customers.

In the midst of our chat, Pond said there are three local IT companies (Mariner, Innovatia and T4G) that collectively employ more than 1,000 people and have their head offices uptown. Not all of those people work here because the companies have employees in other cities, provinces and countries, but they’re owned and headquartered right here, in relative obscurity.

“We have three large IT companies that are scaling up in Saint John and they’ve been doing that for the last 20 years, and I dare say a lot of people don’t know they’re here,” says Pond. “They are quite low profile because most of their customers are outside the region, for sure, and outside the country. Large, large companies are their customers, brands that would surprise you, but they’re here and they’re growing from here.

“Most people have no idea who we are, not because they’re ignorant, but because we don’t cross paths. We don’t have trucks and containers running around with our name on them. Our exports go through the internet or they go through people’s labour as they remotely work on projects from away. So we’re very low profile.”

Our conversation went in this direction because of the first question I asked Pond when we sat down to chat: why have there been no New Brunswick companies since Radian6 and Q1 Labs (he was a co-founder for both) that have sold for hundreds of millions of dollars?

“It’s a topical question and it’s on a lot of people’s minds,” says Pond. “It says a little bit about the way we are. This isn’t just New Brunswick. Everybody in North America, probably the world, likes to have big successes. You know you can have a big success and it lasts for a while, then it fades, and then the [assumption] is you faded with it. As the expression goes, that was a one-trick pony.”

Of course, this isn’t what Pond believes to be the case; he’s merely reflecting the opinion of people who think the IT industry hasn’t been as successful as it could be since the big “exits” of 2011 that totalled nearly a billion dollars.

There have been other smaller exits like Bravada, an insurance industry software company that sold for $15-million in 2015. “It was like, ‘oh well, what else is new?’ That was ordinary,” says Pond. “But it was a very good transaction for the shareholders and I was fortunate enough to be one.”

Pond admits he thought another break-out startup would have emerged by now and says one could still be on the horizon. But he says we should nonetheless celebrate the successes in an industry that has been steadily growing for more than 20 years, albeit it in a quiet way that has escaped the attention of the national media and the broader public captivated by the size of those deals.

According to Statistics Canada data, the IT workforce in the province has grown from 1,450 in 1997 to 4,660 in 2017. The annual employment growth rate was 7.4 per cent from 2010-2017. These figures include workers in software publishing; data processing, hosting and related services; and computer systems design and related service. But they don’t include the considerable number IT workers that work in other industries in the province.

In 2017, the ICT GDP as a share of the province’s total GDP was 3.1 per cent, which placed the province in the middle of the pack relative to other provinces (Saskatchewan was the lowest at 1.9 per cent and Ontario the highest at 5.4 per cent).

They’re not “earth-shattering” numbers, says Pond, but these companies make a significant contribution to the province’s economy.

“I do believe there are companies that will [succeed like Q1 Labs or Radian6] in the Maritimes for sure and in New Brunswick,” says Pond. “But I also believe that we’re just as well off with these other opportunities at that level to grow the economy and to provide employment.”

People should be more aware of the growing IT economy in the province. Pond isn’t overly concerned about that himself, but he does joke about becoming better known by getting employees to wear clothes with the company logo in public.

“I think we should all wear jackets with our name on them as we go down through the streets and people will say, ‘There goes another one of those guys,’ ” he says. “We do have some swag with our name on them, but maybe we should ask people to wear something every time they go out because it’s probably the only way that we could prove to [people] that were here.”

Blog News
We use cookies on our website to give you the most relevant experience by remembering your preferences and repeat visits. By clicking “Accept All”, you consent to the use of ALL the cookies. However, you may visit "Cookie Settings" to provide a controlled consent.
Cookie SettingsAccept All
Manage consent

This website uses cookies to improve your experience while you navigate through the website. Out of these, the cookies that are categorized as necessary are stored on your browser as they are essential for the working of basic functionalities of the website. We also use third-party cookies that help us analyze and understand how you use this website. These cookies will be stored in your browser only with your consent. You also have the option to opt-out of these cookies. But opting out of some of these cookies may affect your browsing experience.
Necessary Always Enabled
Necessary cookies are absolutely essential for the website to function properly. These cookies ensure basic functionalities and security features of the website, anonymously.
Functional
Functional cookies help to perform certain functionalities like sharing the content of the website on social media platforms, collect feedbacks, and other third-party features.
Performance
Performance cookies are used to understand and analyze the key performance indexes of the website which helps in delivering a better user experience for the visitors.
Analytics
Analytical cookies are used to understand how visitors interact with the website. These cookies help provide information on metrics the number of visitors, bounce rate, traffic source, etc.
Advertisement
Advertisement cookies are used to provide visitors with relevant ads and marketing campaigns. These cookies track visitors across websites and collect information to provide customized ads.
Others
Other uncategorized cookies are those that are being analyzed and have not been classified into a category as yet.
SAVE & ACCEPT
Share This